What we do / have done every Thursday morning for the past 11+ years was initially inspired by Barbara Dilley’s Contemplative Dance Practice. We used to sit for 20 minutes, solo warm-up/tuning for 20 minutes, group warm-up/tuning for 20 minutes, and then we took the last hour or so to make something…practice, perform, practice performing, audience, compose, improvise, sing, play, “play”, dance, dance, dance, talk, touch, try to do nothing, witness, scream, get naked, all or none of the above. It’s pretty rare that it goes exactly like that, but some configuration of those pieces happened every Thursday. After a few hours of that, we ate lunch and discussed/argued/reveled in whatever happened.

A few years in, we decided to attempt to practice in front of an audience. We performed 15 times or so in three countries. Our score usually involved some kind of clock or alarm to let us know when an hour or so had passed. Otherwise, the work was made in the moment supported by our shared history. Performance practices were followed by dinner and discussions/arguments/revelries.

Over the years, the first three 20s began to blur more and more until almost no one was ever sitting. Some years ago, the group began to shift. Most moved on and Eric, Leslie, and me continued to practice. After about a year, we decided to try on co-facilitating LIVE. We invited new dancers with a letter that articulated what LIVE had been from our perspective, and what we planned to focus on as co-facilitators.

We (Leslie, Eric, and Jess) invite you to join us in a weekly practice.

This practice has a nearly decade-long history that we imagine will be fully present in the room, and also invites the inevitable shifts that will occur when new artists join us. It’s been called many things, but mostly it is called LIVE.

Its structure has evolved over time: sometimes lightly prescribed, always something to be in relationship with, but never a set of rules that everyone is expected to follow.

Over time, LIVE has included Kristopher Apple, Dina Apple, Liam Clancy, Anya Cloud, Ron Estes, Eric Geiger, Allyson Green, Jess Humphrey, Justin Morrison, Blair Robert Nelson, Karen Schaffman, Leslie Seiters, Yolande Snaith & Mary Reich. The LIVErs have changed over time, with almost all of them moving on from or stepping out of the practice by 2015, when Eric, Jess, and Leslie spent nearly a year practicing as a trio. You all know Eric’s circumstances, and while those have kept him out of the studio over the past year, he has not left the practice and has been instrumental in the articulation of this new phase. He is working to clear Thursday mornings to be in practice with us again. Justin, Liam, Yolande, and Ron have returned to the practice this past fall.

Historically, LIVE was a relatively egalitarian group without a named leader or an explicitly articulated process in place for making decisions. As the three in the group who have practiced most continuously, we are trying on a model of sharing the role of facilitator. In some ways this is a radical shift given the importance the group has historically placed on attempting to avoid singular leadership. We (Jess, Leslie, Eric) are proposing facilitation in order to keep this practice moving forward while leaning into all it has taught us. Here are a few things we are paying attention to from this perspective:

A list compiled from many lists made about LIVE over the years:

What this is not:

Who:
We are starting with only those on this email, and plan to revisit the possibility of inviting more folks after this first “season”. We hope this will give us all time to develop some shared history and listen to the practice itself for the next steps.

(a few representations of) What it can look like:

Below are photos taken by TEO (photographer Tim Richards) during performances. I am so grateful for his presence in the community and his beautiful photos. 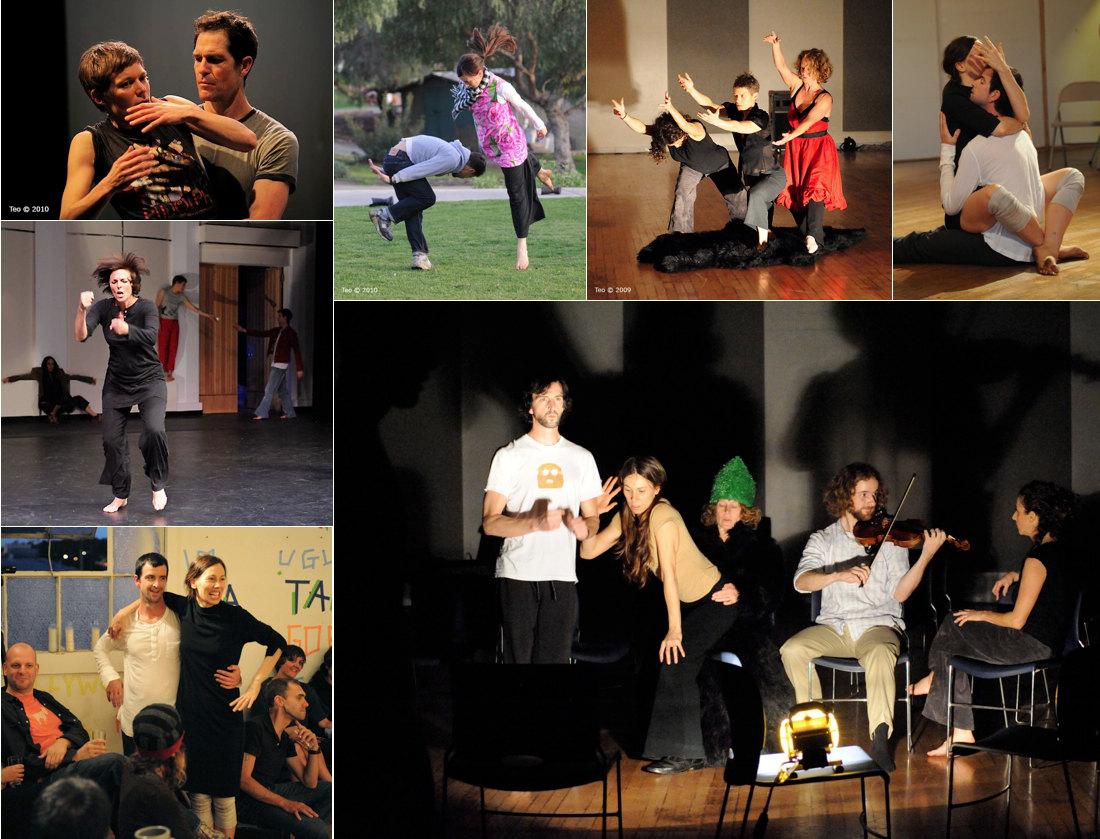 Excerpt from an informal performance we did for Joe Alter’s Aesthetics & Criticism class at SDSU. Fall, 2014.

Excerpt from our performance in Landau, Germany in 2011. These are excerpts of me in various LIVE performances in San Diego, Tijuana, and Los Angeles during 2009 & 2010.

This is a performance where there were only a few of us in town, and we did a two-camera shoot with iPhones using a zip tie for one of them.